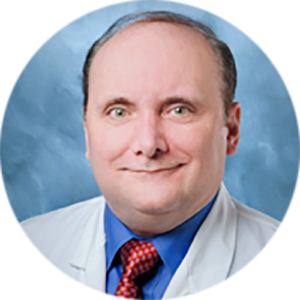 Internationally recognized innovator, scientist and clinical specialist in the fields of Laryngology and Voice Sciences

Editor for the Ear, Nose and Throat Journal, Inc. the most widely read journal in ENT

Dr. Garret Herzon is an internationally recognized innovator, scientist and clinical specialist in the fields of Laryngology and Voice Sciences.  Dr. Herzon began his academic career teaching Ear, Nose and Throat Surgery at Northwestern University Medical School in Chicago as full-time faculty and Assistant Professor of Otolaryngology-Head and Neck Surgery for over ten years.   While at Northwestern Dr. Herzon practiced academic medicine and established a leading laryngeal laboratory funded by a grant from both the National Institutes of Health and the Whittaker Foundation for Biomedical Research.   The laryngeal laboratory led a program for the fabrication and clinical research to create a fully implantable laryngeal pacemaker to serve as a revolutionary method to treat patients suffering from vocal cord paralysis.  Dr. Herzon and his colleagues in the fields of biomedical research and neuroscience have successfully developed and tested the first totally implantable electronic artificial pacemaker to re-animate the paralyzed larynx.   Dr. Herzon joined the TowerENT clinic at Cedars-Sinai and has now established a new Laryngeal Laboratory on the West Side of Los Angeles using state of the art digital imaging stroboscopy and muscle electrodiagnostics which is committed to care for patients with voice problems and hoarseness.  This new laryngeal laboratory is dedicated to the investigation of voice disorders including the effects of sinusitis and laryngopharyngeal reflux disease.   Dr. Herzon is committed to understanding voice and laryngeal problems affecting professional voice users and vocal performers.   The technologies in this new laryngeal laboratory helps patients understand their vocal problem and aids in the decision of the easiest treatment choices available to restore normal vocal function.

Dr. Garrett D. Herzon, MD, FACS is a board-certified otolaryngologist and head and neck surgeon at the Cedars-Sinai Sinus Center of Excellence.  Dr. Herzon specializes in medical treatments for patients who are not yet ready for sinus surgery or for those who wish to try non-surgical medical treatments as an alternative to surgery. He provides state of the art in-office testing for sinusitis diagnosis.

Dr. Herzon is an editor for the Ear, Nose and Throat Journal, Inc. the most widely read journal in ENT. He co-authored the first two editions of the American Academy of Otolaryngology Head and Neck Surgery publication, Practice Parameters and Indications for Surgery, Guidelines for Surgery of Ear, Nose, and Throat. He has written and presented over 100 papers, chapters in books and oral presentations in the field of ENT (ear,nose and throat) including papers original manuscripts on the origin of sinus allergies, endoscopic sinus surgery safety inventions, facial nerve monitoring and testing and the development of the a new, wireless, disposable, thermocautery device called the THERMOCPES™ to control bleeding during operations.  Dr. Herzon holds six United States Patents on new medical inventions and devices which aid in the safety and effectiveness of surgery and medical care.   He was an important co-investigator on a special investigation which demonstrated for the first time that patients can develop allergies to bacteria in the nose and is a common source of sinus disease.   Dr. Herzon developed a new method to monitor vision during sinus surgery to improve the safety of endoscopic sinus surgery.   He also invented a new disposable instrument called the Axostim™ which is now sold by Medtronics® to help surgeons perform safer surgery on the facial nerve.   Dr. Herzon has been the recipient of more than a dozen medical awards including the prestigious Francis L. Lederer‑Norval H. Pierce Award two years in a row.   Dr. Herzon served as Chairman of Quality Management for the American Academy of Otolaryngology, Inc. in Washington, D.C., for two terms.   Dr. Herzon is also a current member of the Cedars-Sinai Voice and Swallowing Rehabilitation Clinic.

Dr. Herzon earned his bachelor’s degree at Millikin University with double majors in Biology and Fine Arts with studies in Kinetic Sculpture, Multi-Color Photo-Silk-screening, and Motion-Picture Multimedia Production.  He produced critically acclaimed silkscreen works exhibited in professional galleries and completed a traveling multimedia production show using 32 dissolve and three, 16 mm motion picture, projectors with screenings at several university and commercial venues.  He obtained his medical degree at the Chicago Medical School/University of Health Sciences. He then completed his residency in a combined General Surgery-Otolaryngology-Head and Neck Surgery at the Northwestern University Medical School.  Dr. Herzon completed a Fellowship in Head and Neck Cancer Surgery and Medicine recognized by the Combined American Society for Head and Neck Surgery and the Society of Head & Neck Surgeons and funded by the American Cancer Society at Northwestern Memorial Hospital and the Rehabilitation Institute of Chicago under his preceptor, George A. Sisson, MD.   Dr. Herzon is a Fellow of the American College of Surgeons, Inc. and a fellow of the American Broncho-Esophagological Association.  The doctor has also completed post graduate education in Biomedical Engineering, Laser Physics and Neurophysiology at Northwestern University.  He is also honored to have had special instruction in Laser Palatal Surgery in Paris, France and Neuorlaryngology at Queen’s Hospital in London, UK.   The doctor is a Fellow of the American Academy of Otolaryngology/Head and Neck Surgery, Inc. and board certified in Otolaryngology-Head and Neck Surgery.  Dr. Herzon is also a recipient of the National Honor Award for his services to the American Academy of Head and Neck Surgery, Inc.  He has served as the National Chairman of the Quality Improvement Committee of the AAOHNS for two terms, sole ENT representative to the AMA Practice Parameters Forum for 5 years, Chair of the Department of Otolaryngology-Head and Neck Surgery Department of Northwestern Memorial Hospital and the member of the Cedars-Sinai Sinus Surgery Center of Excellence.   Upon completion of his fellowship Dr Herzon was asked to join the full-time faculty of the Department of Otolaryngology-Head and Surgery at Northwestern Universityas an Assistant Professor for over ten years.  After competing his academic work in Chicago he moved to Los Angeles to join the Staff of the Cedars-Sinai Medical Center and now is a member of the Tower ENT practice.  Dr. Herzon uses his expert knowledge and experience to guide treatments using an array of non-surgical, minimally  invasive treatments and advances to more specialized interventions only when indicated to help heal the patient’s complaint.   His practice specializes in voice and vocal entertainment medicine problems and the serves the special requirements of the professional voice user.  The most common etiologies for voice problems are over use and the damaging effects of the combination of sinus disease and laryngeal reflux disease or LPR.  Dr. Herzon works closely with singing teachers, speech therapists and gastroenterologists in his attempt to help his patient’s regain their important vocal skills.  He specializes in the medical care of the professional voice users such as cantors, actors and singers both classically trained opera singers and popular music performers.

The guiding principle of Dr. Herzon’s approach to his patient’s health care is to use the best science available to make the  most accurate diagnosis and then to attempt to treat the identified illness beginning with the simplest, most natural form of therapy and to slowly progress to the more complex and advanced treatment as guided by the patient’s response.